Opinion: Calf roping should be banned

Calf roping is so controversial it’s already banned in Victoria and South Australia but unfortunately it was still on the 4 day Warwick Rodeo program at the end of last month.

At the last APRA Warwick National Finals in 2019, the livestream broadcast even avoided showing the roping. Just before each fleeing calf was halted by a choking rope, the camera panned away and resumed tracking the action seconds later.

When the APRA feels the need to self-censor its coverage, this is telling. They obviously realise calf roping looks brutal (because it is). They clearly know it gives rodeo an image problem. But key rodeo industry players who want to retain this ugly event in Queensland seemingly prefer to manage its image rather than improve calf welfare.

Calf roping’s future is expected to be announced shortly by Agriculture Minister, Mark Furner, as part of new mandatory Rodeo Standards & Guidelines. It should be a straightforward decision to prohibit calf roping on welfare grounds.

A 2019 representative sample of Queenslanders surveyed showed a majority opposed the event. Over 100 000 people have written to their MP, the Minister or the Premier, or signed petitions.

There are whispers the government might ignore the overwhelming evidence because they don’t want to upset regional voters.

But rodeos would continue throughout Queensland. And calf roping is a relatively minor event.

Many rodeo participants themselves hate calf roping. Some stock contractors refuse to provide calves. Similarly, rodeo audiences often collectively gasp watching a calf brutally roped. I have overheard both children and adults complaining it’s cruel. The event tarnishes rodeo’s reputation, making a mockery of their mantra that ‘welfare is our number one priority’.

Let’s hope the state government is fair dinkum and prohibits calf roping. If they allow it, their claims of promoting high animal welfare standards will be empty words. They need to do the decent thing by these vulnerable young animals. 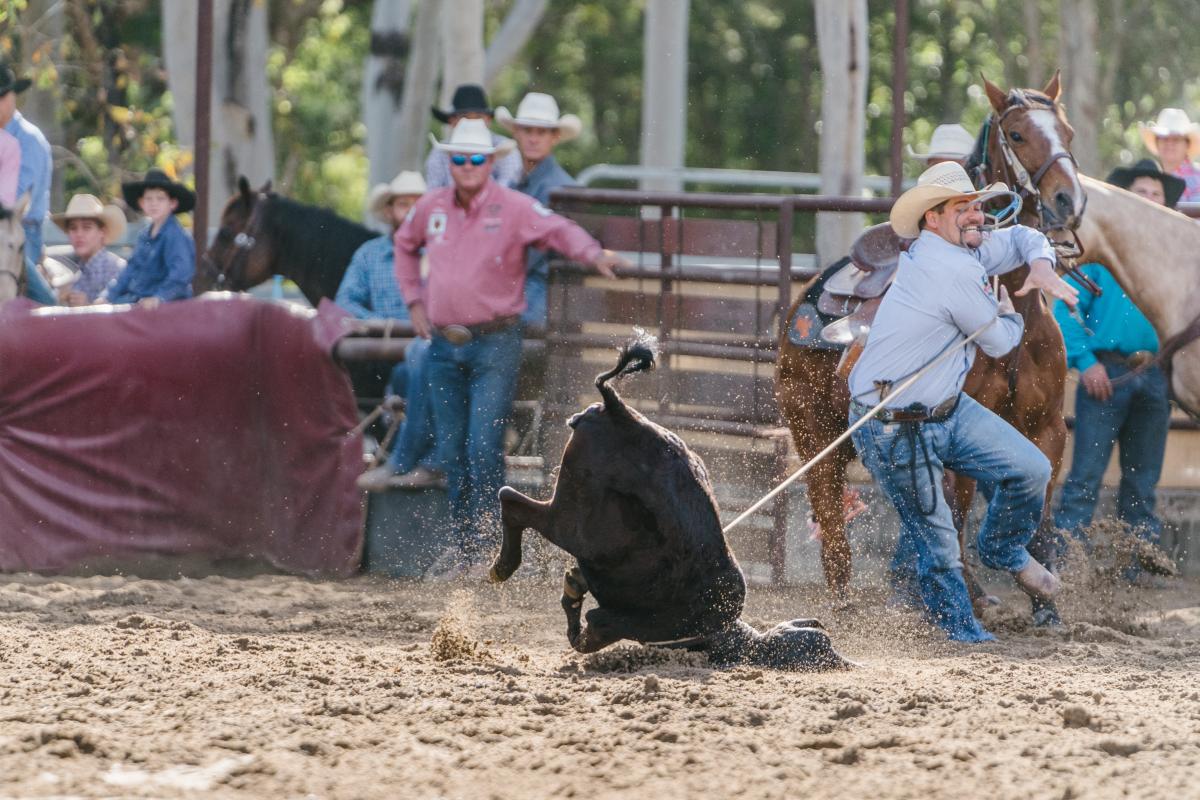